We’re nearing the start of the 2011 World Series of Poker (WSOP) Main Event in Las Vegas on Thursday. Today, WSOP officials got the week started off with a bang by opening nominations for the Poker Hall of Fame Class of 2011. The process will culminate with an enshrinement ceremony during the November Nine weekend four months from now.

By the way, be sure to check out all of our 2011 WSOP coverageof online poker players, brought to you by 24hPoker, an Entraction Network site. Learn more.

From now until August 14th, you can cast your ballot at wsop.com/phof and tell the world who you think is deserving of a Poker Hall of Fame bid. You’ll be asked to provide your name, address, birth date, e-mail, nominee’s name, and a 250-word or less argument about why he or she is deserving of your vote. 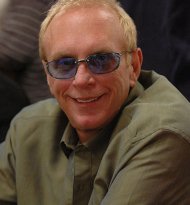 In a change from 2010, each nominee must be at least 40 years of age. The so-called “Chip Reese Rule” ensures that no new member will be younger than Reese (pictured) was when he was inducted in 1991.

The Chip Reese Rule means that fan favorites like Phil Ivey (35 years old) and Daniel Negreanu (36) will not be inducted this year. In 2009, Tom Dwan, then 23 years old, appeared on the ballot following public nominations.

Other prerequisites for a person to become a member of the Poker Hall of Fame are that they “must have played poker against acknowledged top competition; played for high stakes; played consistently well, gaining the respect of peers; stood the test of time; or, for non-players, contributed to the overall growth and success of the game of poker with indelible positive and lasting results.”

After public voting closes on August 14th, a Nominating Committee will review the list and whittle it down to the names that will be considered this year. The Nominating Committee is a brand new addition to the Poker Hall of Fame voting process this year and can add players it feels the public may have overlooked.

On September 16th, the final list of eligible players will be sent to the 18 living Poker Hall of Famers and members of the media. Dan Cypra of PocketFives.com was privileged to be part of the latter group for the last two years. Caesars Entertainment officials explained, “All votes will be cast in private, with each PHOF and media member entitled, but not obligated, to keep their vote secret. After receiving back all ballots, the PHOF governing council reviews the selections and helps finalize any tiebreakers or errors.” 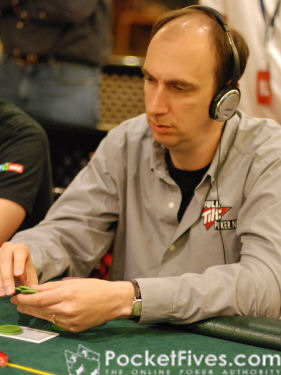 The top two vote getters, assuming they obtain a majority, will be enshrined in November at the Rio in Las Vegas. Last year, Dan Harrington and Erik Seidel (pictured) were inducted in front of a packed house at the casino’s Penn and Teller Theater.

The first group of inductees entered the Poker Hall of Fame in 1979 and included Nick “The Greek” Dandolos, James Butler, Edmond Hoyle, Felton “Corky” McCorquodale, Johnny Moss, Red Winn, and Sid Wyman. Since 2001, the Hall has grown to include the likes of Stu Ungar, Johnny Chan, Phil Hellmuth, and World Poker Tour Host Mike Sexton, who was the lone inductee in 2009.

Meanwhile, at the ongoing WSOP in Las Vegas, the $50,000 Poker Player’s Championship is in the midst of Day 3. Members of PocketFives.com have been Tweeting about the event in earnest on our WSOP coverage pagepowered by 24hPoker. Take Jon PearlJammer Turner, who updated his fans: “Lost big 3-way Stud pot to Gus [Hanson]… Had monster on 4th that improved on 5th, but didn’t quite get there… 380K.” 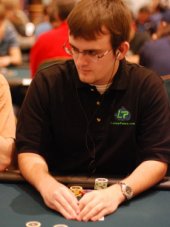 Others were focused on the final $1,000 No Limit Hold’em tournament (Event #54), which drew a massive crowd of 4,576. In the field was Tim Tmay420West, who Tweeted, “This woman to my direct left in this $1K is wearing so much perfume it’s literally giving me a headache. This is far worse than BO.” Also using his sense of smell was Clayton Clayton_27 Newman (pictured): “Now my table smells like bad clam chowder, a slight downgrade from ‘death.’ I suspect the culprit is the new Euro at our table.”

Check out all of our WSOP coverageof online poker players, made possible by 24hPoker.