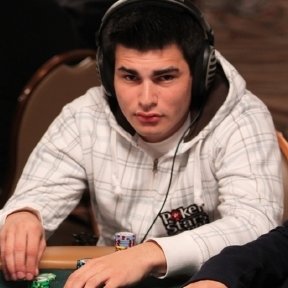 Playing arguably the best poker in his tournament career, Germany’s Alexander Turyansky was certainly making the tournament poker world take notice with his play on the 2015 World Series of Poker Main Event felt.

Entering Day 7 and just a few spots from the November Nine, Turyansky was sitting in excellent shape in holding seventh place with his 10.785 million in chips. He ended up as the November Nine Bubble Boy, but still took home $756,000.

Turyansky had a limited background in live tournament poker, starting off with a bang in 2009 when he finished in 21st place in a $5,000 No Limit Hold’em event at the WSOP. That payday of $21,026 has been the apex of his career, however, but he has traveled the world in trying to make his name in the game.

He has cashed at the PokerStars Caribbean Adventure, the Aussie Millions Poker Championship in Melbourne, and added another WSOP cash in 2014. Turyansky has not only blown away his largest ever cash in the 2015 Main Event, but he will also vastly increase his career tournament winnings.

Turyansky was able to work his way into the top ten after an intriguing battle against David Stefanski late in Day 6. After Turyansky opened the betting to 250K and seeing Stefanski defend his big blind, the Q-8-4 rainbow flop brought checks from both players.

Stefanski check-called a bet from Turyansky when a three came on the turn, but led out for 125K when a ten completed the board. Turyansky pushed the action up to 480K and was met by a huge re-raise out of Stefanski for 1.56 million.

After taking some time to reconstruct the hand, Turyansky made the hero call and showed 10-8 for a rivered two pair. Stefanski grimaced as he showed his J-10 for a lesser holding and shipped a big stack of chips to Turyansky.