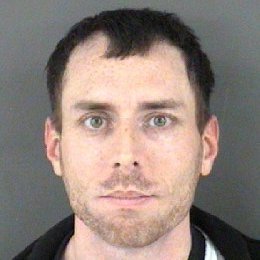 In breaking news, poker player Christian Lusardi (pictured) was arrested for introducing counterfeit chips into the kickoff event of the Borgata Winter Poker Open, a deed that ultimately forced the cancellation of the tournamentand froze the bulk of the prize pool. According to the Press of Atlantic City, 2.7 million in counterfeit Borgata chips were found in a sewer pipe at Harrah’s Atlantic City.

“An investigation revealed that Christian Lusardi, 42, of Fayetteville, N.C., was staying in the room in Harrah’s where the pipes were clogged,” the Press of Atlantic City article noted. “He was playing in the Winter Poker Open at Borgata. Police said Lusardi introduced the counterfeit chips into the tournament on multiple occasions. Meanwhile, he won $6,814 during the tournament… A warrant was issued and he was charged with rigging a publicly exhibited contest, criminal attempt, and theft by deception.” He was taken to jail on $300,000 bail.

Meanwhile, the future of the tournament’s prize pool, which was frozen when 27 players remained, is still unclear. Borgata Senior Vice President Joe Lupo told the Associated Press, “While this is a very positive development, the investigation by the [Division of Gaming Enforcement]and the state police is ongoing.” Read more. 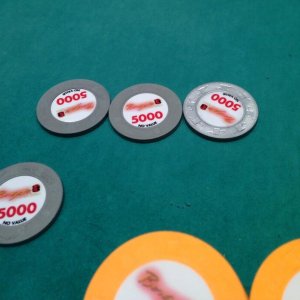 The Associated Press reported that authorities unearthed “160 of the 5,000-denomination counterfeit poker chips, totaling $800,000, among the genuine casino chips.”

Perhaps not coincidentally, Lusardi was atop the chip counts in the first event of the Borgata Winter Poker Open entering Day 2 out of nearly 5,000 entrants. First place was scheduled to make $372,000.

We’ll have more for you on this story as it develops.