In breaking news, the Everleaf Gaming Network has received a cease and desist letter from the U.S. Department of Homeland Security. The letter contained a warning to stop taking real money action from U.S. players “or the directors and owners of the network would be subject to legal proceedings,” according to an e-mail from Minted Poker officials received by PocketFives on Thursday around 8:30pm ET.

The Everleaf Network is expected to provide further information on Friday about its decision, which involved input from the Maltese Lotteries and Gaming Authority (LGA). The letter continued, “The Directors of the Network and their legal counsel met with the Maltese Licensing Authority, the LGA, and asked advice under their license agreement. The LGA advised that the network should pull out of the U.S. and French markets completely and as quickly as possible. They are also going to aid in discussions in how player funds held in ring-fenced accounts are cashed out back to the players affected.”

The decision to stop taking U.S. and French players reportedly went into effect at the close of business on Thursday. The same e-mail read, “There will be a series of announcements from the network starting [on Friday] regarding the situation and the process. We will keep you all informed as we receive information [in order to] make this process bearable for those affected, who should always be our primary concern.”

The e-mail sent from Minted Poker also labeled the withdrawal from the U.S. and French markets an “opportunity to refocus” the Network’s efforts.

Over on TwoPlusTwo, MintedNeil, the site’s official forum representative, provided a little more background, noting that Everleaf “lost one of the U.S. processors” several weeks ago. Apparently, according to the same source, Homeland Security was behind the funds seizure. 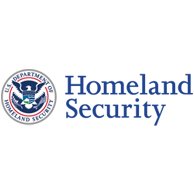 MintedNeil added that the process of returning player funds will involve discussions with Homeland Security: “I have been informed that the Network and LGA will now commence proceedings with Homeland Security as to how these funds are returned to players. Hopefully once agreed, the cashout process will be swift, so as not to cause undue stress to the parties involved.”

You’ll recall that Full Tilt Poker, UB, and Absolute Poker have all failed to pay back players after those three rooms were driven from the U.S. market 10 months ago. The former is in talks to sell its assets to Groupe Bernard Tapie, while the latter two are rumored to be liquidating. Whether Everleaf players will be refunded in a judicious time frame remains to be seen. Only PokerStars has made good on player cashouts and continues to be the largest online poker room in the world.

The Network now plans to forge on as a European-facing entity. MintedNeil explained, “All European funds are safe and the European network will continue. The only noticeable change will be that the network will shortly change all accounts into Euro accounts and, of course, the American players will be missing from the tables.”

You can read the full text of the statement by visiting the Poker Sites thread.

One PocketFives poster from Texas reacted to the news by saying, “Sigh, two days after I put money back on this site. At least there seems to be a procedure for returning player funds.”

Another PocketFives member asserted that the cease and desist letter and subsequent decision to pull out of the U.S. and French markets could spell doom for Everleaf altogether: “I don’t see how this network will survive. Their customer support, cashout conditions, and general angle shooting by more than one skin are horrible. The only reason they were able to get away with this is that they continued to service U.S. customers. GL people in the U.S. that have money on this site in collecting.” 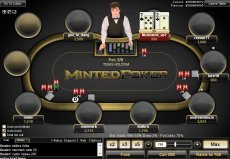 According to PokerScout, Everleaf is the 27th largest network worldwide and has a seven-day running average of 395 real money ring game players. At the time of writing on Friday around 11:00am ET, there were 604 cash game players seated.

The Merge Gaming Network, Bovada, and the Cake Poker Network, among other brands, continue to accept real money deposits from the U.S. market post-Black Friday. Whether these sites will take any action following Everleaf’s departure is not clear. PocketFives does not recommend playing on sites offering rake-based games in the U.S. Your deposits and withdrawals are at risk. Instead, we recommend ClubWPTand HogWild Poker, which do not take rake.

Visit the thread in the Poker Sites forum for more details and reaction.