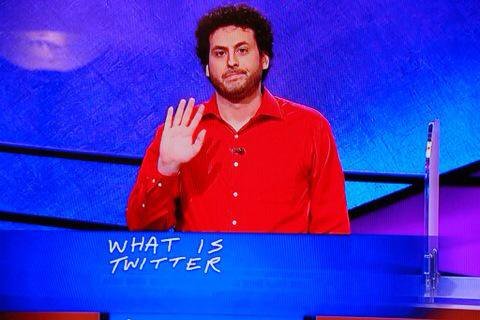 Former poker pro Alex Jacob (pictured), now a currency trader in Chicago, still thrives in competition, as he became one of this year’s most successful Jeopardyplayers. Jacob is appearing on the show’sTournament of Champions this week, reserved only for the best of 2015.

Jacob was an up-and-coming poker star during the mid-to-latter part of last decade. He first drew the attention of the poker world in 2006 when he was the runner-up at the World Poker Tour Foxwoods Poker Classic, winning $655,507.

He had a successful World Series of Poker that year, cashing four times and making two final tables. That October, he won what was then a very prestigious live event, the United States Poker Championship at the Taj Mahal in Atlantic City, a victory worth $878,500. He continued to rack up cashes over the next few years before retiring from the life of a full-time poker player.

He still plays in big tournaments occasionally and has won over $2.6 million in live events over the course of his career.

The poker community largely forgot about Alex Jacob, but in April of this year, he appeared on the long-running television quiz show Jeopardyand certainly made his mark. He won six consecutive matches, accumulating $150,000 in prize money. He ranks third in both categories – total wins and total earnings – for 2015. Because of his success, Jacob earned a spot in the season-ending Tournament of Champions.

The Tournament of Champions features the 15 biggest winners from the current season. Last week, each player participated in one of five quarterfinal contests, with the winner of each moving on the semifinals. The next four highest money winners from the quarterfinal round also made the semis as wildcards. Jacob won his quarterfinal match on Friday with a score of $26,657. He won in a runaway, as he already had the game locked up by virtue of having more than twice the amount of money entering Final Jeopardy than his closest competitor.

Jacob’s semifinal match airs on Tuesday and his competitors are Brennan Bushee and Vaughn Winchell, both of whom won five consecutive contests this year. Each also earned over $100,000. Bushee won his quarterfinal match on Tuesday to advance to the semis, while Winchell made it to this round as a wildcard, placing second last Monday with $16,599. 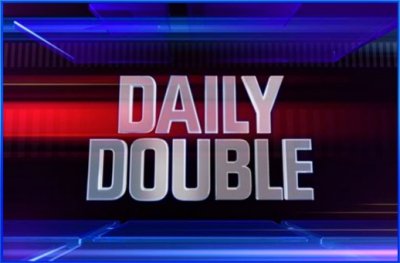 By all accounts, Jacob is the favorite to make the finals. He employs the controversial strategy of not choosing spaces on the board by simply going down each column, but rather hopping around the board, skipping from category to category and often starting in the middle of the dollar amounts. This method has been used before, most notably by Arthur Chu in 2014, who annoyed Jeopardy purists by using the unorthodox method en route to almost $300,000 in winnings.

This board-hopping is meant to accomplish a few things. First, Jacob is trying to nab the Daily Double spaces before his opponents, as they are very valuable. Not only can he quickly increase his score with a Daily Double, but he also prevents his opponents from doing so. Second, jumping around the board can sometimes disorient opponents by not allowing them to get comfortable thinking about one category for multiple questions in a row. And third, by going for higher dollar value questions first, a player makes sure more money isn’t left on the board if not all spaces get uncovered.

Jacob also employed one more interesting strategy at times during his April run, one we often see at the poker table: tanking. On more than one occasion, it appeared that he purposely stalled while answering a question in order to slow the game down and possibly prevent his opponents from answering the higher value questions before the round ended.