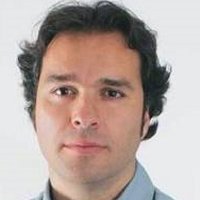 On Tuesday, eGamingReviewsourced a statement from the Laurent Tapie-led (pictured) Groupe Bernard Tapie (GBT) saying that acquisition talks for Full Tilt Poker had “failed.” EGR added, “A statement from the consortium explains that the reasons for the failure are twofold, citing the inability to agree a repayment plan for rest-of-world players plus legal complications which ‘proved unresolvable.'”

PokerStarsis now the rumored suitor for Full Tilt, although neither party has publicly confirmed the $750 million sale. Chili Poker CEO Alex DreyfusTweeted on Tuesday, “PokerStars buys Full Tilt for a consideration of $750M, including settlement with DOJ and full balances of players ($330M). I’m impressed.” The site could potentially reenter the U.S. market to take on the likes of Caesars Entertainment and MGM Resorts International in regulated jurisdictions.

In response to the $750 million price tag, Poker Royalty founder and poker agent Brian Balsbaugh shared on Twitter, “If the $750M ‘all-in’ figure is correct, I know of three vastly more lucrative offers the FTP Board of Directors passed on last summer.” Which companies the “three vastly more lucrative offers” came from are not known. Balsbaugh added, “FWIW, an FTP source at the highest level told me all along that when the time came, Tapie wouldn’t write the check.”

Balsbaugh also explained why a deal between PokerStars and Full Tilt could prove to be groundbreaking: “It’s hard to explain the level of corporate hatred between PS & FTP. PS with power and control over major FTP shareholders is their worst nightmare.” 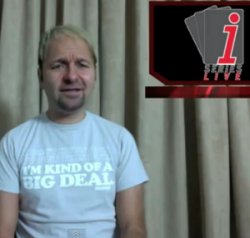 PokerStars front man Daniel Negreanu (pictured) appeared to be taken off-guard by the news, as “Kid Poker” told PokerListings from Monte Carlo on Tuesday, “I have no information on it other than what I’m reading, but people I’m talking to seem to believe it’s true. The idea of PokerStars buying Full Tilt for $750 million seems impossible to me, so based on what I know, it would really surprise me. But, it would definitely be good for poker players because PokerStars is a good company and players wouldn’t have to deal with those scumbags anymore.”

Bluff’s Lance Bradley Tweeted, “1) Number is around $300 million for assets (rest is player balance). 2) DOJ also has no interest in blocking super site.”

In a statement that made its way to the iGamingPost, GBT explained what went wrong at the 11th hour: “GBT proposed a plan that would have resulted in immediate reinstatement of all ROW player balances, with a right to withdraw those funds over time based on the size of the player balance and the extent of the player’s playing activity on the re-launched site. All players would have been permitted complete withdrawal of their balances, regardless of whether they played on the site, by a certain date, and 94.9% of ROW players would have been fully repaid on Day 1.” 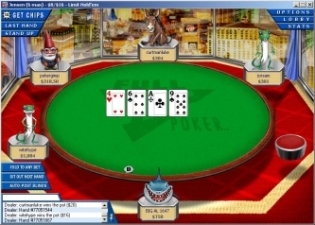 The same GBT statement added, “DOJ ultimately insisted on full repayment with right of withdrawal within 90 days for all players – a surprise demand made in the 11th hour after months of good-faith negotiations by GBT.”

Finally, players continued to react to the news that they might finally be reunited with their bankrolls. Tristan Cre8iveWade was among the group, but pointed out, “Americans: Just because @pokerstars might buy FTP, that doesn’t mean it’s legal to play online poker. We have to keep fighting. Getting FTP money is awesome, but that’s half the battle for Americans. We need online poker regulated and legalized.”

We’ll keep you posted on the latest.