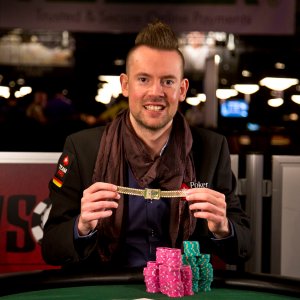 The title of 2014 World Series of Poker Player of the Year officially belongs to George Danzer (pictured). The German won three WSOP bracelets in 2014, becoming the sixth player ever to win three bracelets in a single year. In that elusive department, he joins Puggy Pearson, Ted Forrest, Phil Hellmuth, Phil Ivey, and Jeffrey Lisandro.

Danzer solidified his place at the top of the Player of the Year leaderboard after recording his third bracelet at WSOP APAC in Australia in an Eight-Game Mix tournament, his tenth WSOP cash this year. Here are his in the money finishes in 2014; all are in Las Vegas unless otherwise noted: 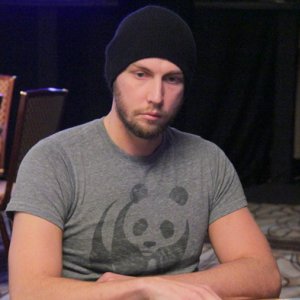 Prior to this year, Danzer had six WSOP cashes, his worst being a 14th place finish. He is #17 on the all-time money list for Germany, according to the Hendon Mob, with a little over $2 million in live winnings.

Second place in the WSOP Player of the Year race went to Brandon Shack-Harris (pictured), who had nine WSOP cashes this year including one bracelet, which came in a $1,000 Pot Limit Omaha event. Shack-Harris had four top-three finishes this year, one of which was worth nearly a million bucks for taking second in the Poker Player’s Championship.

Shack-Harris is from Chicago and is #12 on the all-time money list for Illinois, according to the Hendon Mob. Here’s how the 2014 leaderboard shook out:

Congrats to George Danzer for being this year’s WSOP Player of the Year!