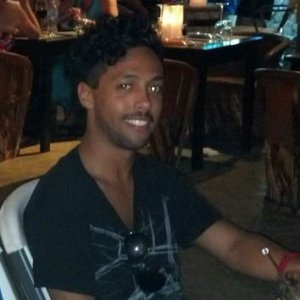 Making mincemeat of the PokerStars Spring Championship of Online Pokerwas Phill Mcallister (pictured), who is known on PocketFives as Grindation. And, perhaps fittingly, Mcallister’s success started in the very first tournament of SCOOP and ended with its Main Event.

We’ll start with the opening event of SCOOP, the high-stakes version of which carried a $2,100 buy-in and had $1 million guaranteed. There were nearly 900 entrants in the Six-Max No Limit Hold’em event and Mcallister finished in second place for $232,000. “It feels good, especially since it was a bit of a shot,” Mcallister said of his six-figure payday.

The opening tournament had three PocketFivers at the final table and Mcallister commented about the event, “I love Six-Max. I think it’s a very fun game type. Plus, high buy-in tournaments are something to look forward to and I felt in the zone… It was a tournament with a lot of big names, but there are always going to be soft spots in any given tournament, whether it’s some absolute sicko who isn’t playing their best or some rich fish who decides to test their luck.”

This week, Mcallister rounded out his SCOOP in the same way he started it: finishing fifth in the High-Stakes Main Event for $350,000. When SCOOP was over, Mcallister had peeled off nearly $600,000 in cashes from those two events. We think he is probably licking his chops at the 2015 SCOOP already.

In May 2012, Mcallister finished second in the PokerStars Sunday Million for $154,000 officially, which stood as his largest cash for two years. He said of the Sunday Million runner-up showing, “I was backed at the time by dirtybrasil and wanted to win big money for my backer, so that felt very good. It’s nice to pay someone who has a lot of faith in your ability.”

At the time, his backer was such an inspiration that Mcallister decided to walk in his footsteps by getting into the world of staking. He said, however, that it didn’t go as planned: “I got into the game of backing and buying pieces of people in the marketplace and that didn’t go so well. I soon went on my own and had many deep runs in Majors that I didn’t close. I traveled a little bit too and, overall, it was a nice time.”

He found poker originally through home games with friends and said, “I instantly fell in love with the game. I remember a story where a friend of mine was sent $5 on Absolute Poker and, a few months later, he was playing NL1k and mid-stakes and high-stakes tournaments, so I wanted to see what was up.” 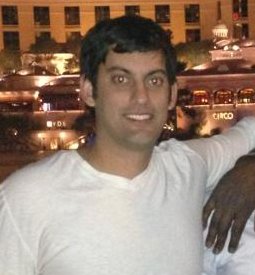 Mcallister has come a long way since, piling up $1.4 million in tracked scores online. He described his run-up in the game as filled with peaks and valleys, but he sits at $591,000 in scores this month alone.

“I really want to thank everyone who has believed in me,” Mcallister closed by saying. “Some names that come to mind are dyble, dando, ZeelandBoy, dirtybrasil, jackstack99, bubbleoutcas(pictured), j0hndayt0n, gevork, and ketendjian. I’m sure I’m missing more.”

SCOOP and other big-time tournament series take place on PokerStars. If you don’t already have a PokerStars account, sign up through the links on PocketFives and get a 100% up to $600 deposit bonus along with one free month of PocketFives Trainingwith no sign-up fee. Sign up here.