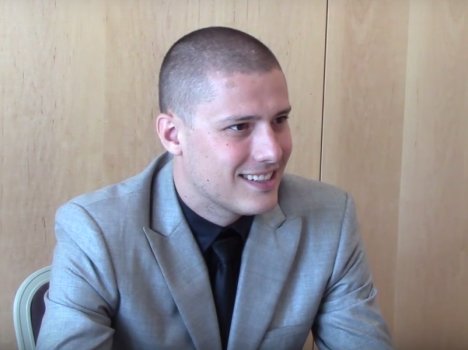 PocketFives had the chance to interview Ivan, aka mindCtrlonline, who is a tournament player and the Heads-Up Head Coach for the Coaching for Profits program at BestPokerCoaching.

Tell us a little bit about yourself.

Hey, Dan. Nice to meet you. I’m 31 years old, happily married for five years, and have a son of three years and two dogs. I’m a professional poker player and Head Coach for the BestPokerCoaching Heads-Up program as well.

According to your name, many people will think you’re from Russia, but you’re not.

That’s what many people think. Actually, I was born in Bulgaria, studied and worked in Vienna, and today live in Malta. I love working with people. My wife and I have decided that while we’re on this planet, we want to see a few different spots. I’m not 20 anymore, so I won’t take my backpack and hike through South America. I have a family to take care of and certain responsibilities, but on the other side, it is healthy to change things in life every few years.

What about your nickname m1ndCtrl? Is there any story behind this?

Nothing specific, but it reflects what I believe deep down, which is that if you control your mind, you can achieve everything you want.

What do you think is your biggest edge in poker?

It’s my passion for the game, people, and of course my mindset. I admit there are people out there who know the math better and are simply better poker players, but in today’s game, 80% is psychology and 20% is mechanics.

You said that you love playing tournaments, but you’re actually the Head Coach for the Heads-Up program at BestPokerCoaching. What happened and how did that come about?

I started playing poker quite early, like in late 2003. Nothing serious. I just played a little bit of live poker and dabbled around. I stopped playing, studied, met my wife, and was involved in a startup. Then in 2013, I had some free time and decided to start partly playing again. I played mostly in tournaments, grinded the EPTs, but then also started to play online, mostly 180-man SNGs until i had the bankroll for the bigger MTTs.

I always had some trouble playing deep and thought that playing a little bit of cash games would help me. In December 2014, I found BPC and liked the spirit and attitude of the whole site right away. I applied for their Coaching for Profits program, but they didn’t accept me because they weren’t taking new students.

I thought they rejected my application, but I was not going to give up just like that. You will think I am crazy, but I emailed them for one month every single day about my progress. They didn’t ask for it; I kept spamming them.

Then one of the worst and best things happened in the same day. I played the PCA in the Bahamas and busted out. Unhappily I went back to the room, opened my laptop, and saw a message from BPC saying, “You’re accepted into the program”. My bad mood was gone right away and I was happy and looking forward to a big challenge.

So then you joined the Coaching for Profits program?

Yes and it was one of the best decisions in my life. The team and the spirit of the group were something different. I could talk a lot about it, but you only truly understand it if you experience it yourself. I chose to be part of the very intense version of the program.

There are different groups depending on how much time you can invest and how tough you allow the coaches to be. It becomes tough at times, but the results are there. I soon made my first $10k months of profit and it felt great.

Long story short, I became more involved and got to know the guys behind the scenes better. Things went really fast. If you have ambitions, you can move up inside of BPC very fast as well. I worked as a coach and since the 1st of November, I am the Head Coach of the Heads-Up program.

Gordon, the founder of BPC, asked me if I could see myself taking on more responsibility. I was happy because hard work and staying strong in the tough times do pay off. It did feel unreal considering I had gotten “rejected” less than 10 months before from even entering the program as a student.

I love helping people and seeing them succeed. Even when I was a student inside the program, I helped a lot of my peers and they came to me for advice. It was natural and it’s one of these things that I would do even if I would not get paid. I like the BPC philosophy and since the program is doing very well, I can get paid to do what I truly love.

Do you have any rituals or routines that you suggest to others?

Believe in yourself and control your mind and never give up. It’s hard to put this in a short sentence, but I know that many players don’t reach their full potential for so many dumb reasons, and often it has nothing to do with not knowing what the right line or check-raise is. I spend a lot of time talking with my students. I listen and help them.

Generally speaking, I believe a lot in giving back. A part of my winnings goes to less fortunate people, children, or lately to a dog shelter here in Malta. I usually prefer to give the gifts myself in person so that I can be involved in the process. It is part of my philosophy about living life.

Another thing I like to do is when I’m up $2k for the day, I close down my computer, take my wife to a nice restaurant, take the dogs for a walk, and celebrate. I work very hard, but that’s my type of balance.

Many people believe that you cannot be a tough person and at the same time have a heart. That’s wrong. Yes, at BPC we push people to become the best version of themselves and that does not always involve nice words. We fight hard at the tables, but at the same time are extremely helpful and do whatever it takes to bring our students to the next level. I’ve been that student myself. I know what it takes and know everybody who puts their mind to it can achieve it. We’re tough, but with heart.

What do you believe is the biggest secret to your success?

The best thing was the support of my wife. It brings your game and focus to a totally different level when you know that somebody has your back. Without her, I don’t think I could have made so much progress so fast.

Check out BestPokerCoaching for more details.