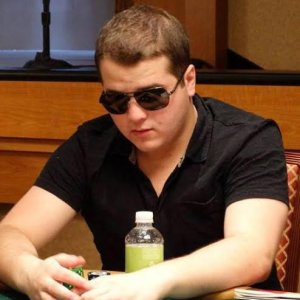 Late last month, Brazil’s Luciano Santos de Hollanda (pictured), known as LucianoHollandaon PocketFives, earned his $1 million cash badge. He is the top-ranked player in the city of Curitiba and told us he’s “feeling really good” about his brand new profile badge. Perhaps even more importantly, Hollanda is “even more excited about the game.”

“I feel more confident for sure,” Hollanda told PocketFives about his mindset going forward. “Every time I get a nice result, I feel I need to study more, play more, and use that energy to get better results.” Just about all of his tracked scores have come on PokerStars, where you can find him competing under the screen name Luciano S.H.

Last May, Hollanda was part of a four-way chop of a $215 No Limit Hold’em SCOOP event and earned $110,000. He officially came away with the win as well and what remains his largest tracked cash to date. The tournament had nearly 6,000 entrants and PocketFivers laid claim to one-third of the prize pool.

“It was really important to my career,” Hollanda said of the SCOOP bracelet. “I always wondered how a big hit could change my poker career and when it finally happened, I noticed that it made me more confident. I realized I could do much more with my poker career.” As a result, he played higher buy-in games and enlisted the help of a few poker coaches to fine-tune his skills even further. 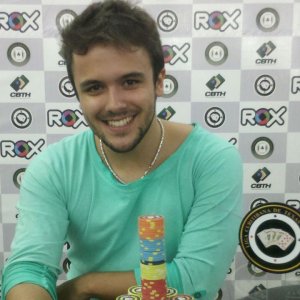 Speaking of coaches, Hollanda worked with Yuri “theNERDguy” Martins (pictured) and was able to enter a few higher-stakes games online. He explained, “Online, I could play the high-stakes tournaments I was not used to playing and had a really good time adjusting to those very good regulars. I also played live poker. I played a few WSOP events last year and went to the PCA. I would have never imagined playing in those live tournaments until SCOOP happened.”

The Brazilian is headed back to Las Vegas for the WSOPthis year. In fact, his flight is on the second-to-last day of May. “I’m looking forward to feeling more prepared and, with more experience, I believe I can make a final table this year,” he previewed. “I will be playing more tournaments this year than last year, when I played a few events, but didn’t cash.”

Hollanda will hit the pillow each night at Ariaduring the WSOP and, while it requires a ride to the Rio each day, he said, “I think it’s important to have a good and comfortable night of sleep before playing.” 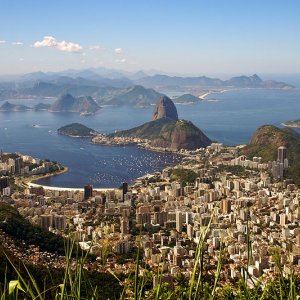 We wanted to close our interview by heralding the Brazil pokercommunity on PocketFives, which has managed to reach #4 in our Country Poker Rankings with a combined PLB score of its top 20 players of 101,199 points. We’ve interviewed countless Brazilians for feature articles and the nation has been flush with not only World Cup fever, but also poker fever.

“Lately, poker in Brazil has become very popular and the professional poker players have become way more respected,” Hollanda asserted. “Lots of new, good players are appearing and making the Brazilian image to the world a better one. There are very good poker teams and coaches here now.”

See who else has managed to get $1 million in tracked scores.