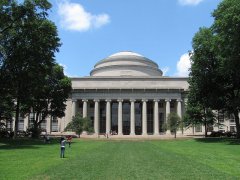 Remember when you were in grade school and a couple times a year, the teacher let you play games for an entire class period? Wouldn’t it be grand if that happened at an institute of higher learning? This month, CardRunners instructor Will TheDreamerMa is teaching a course on poker at the Massachusetts Institute of Technology (MIT), where he is a second-year PhD student.

The course is part of MIT’s Independent Activities Period (IAP), a four-week term during which faculty and students can explore essentially whatever they would like. Many IAP courses are taken purely for enjoyment and not for credit; these can be attended by anyone in the MIT community like faculty, staff, students, and alumni. Only enrolled students may attend for-credit courses, such as Ma’s poker class.

The course assumes a basic understanding of poker like hand rankings, betting mechanics, and elementary pot odds, but other than that, it does not require students to have any sort of skill in the game. Ma will likely be teaching a mathematically adept audience a wide range of poker topics such as ICM theory, reverse implied odds, and faults of the Nash Equilibrium.

Interestingly, Ma (pictured) sees the biggest hurdle for his highly intelligent students as being the same one that plagues most casual poker players: results-oriented thinking. In an interview with CardRunners, Ma said, “I think people at MIT will have an overly strong sense of ‘learn from your mistakes.’ Unfortunately, this is a flawed mentality for poker because the results you observe do not necessarily tell you whether it was a mistake. I think I will have to try really hard to drill into people’s heads that you cannot think something was a good play just because ‘it worked.'” 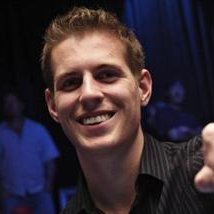 The course will be graded on a pass/fail basis. In order to pass, students must earn at least 10 points in a poker league, which is set up for play money on PokerStars. Those who do not earn 10 points can still pass by writing a paper. Beyond just passing the class, there is incentive to do well in the league. Top points earners can win CardRunners subscriptions, private coaching from Mike timex McDonald (pictured, who will be a guest lecturer), a signed DVD from former MIT Blackjack Team member Andy Bloch, a signed copy of double WSOP bracelet winner Bill Chen’s book, and virtual coaching from professional instructors.

Ma is a PocketFives member and is currently ranked 652nd in the PocketFives Rankings with over $1.7 in tracked online tournament winnings. In 2007, he won the Grand Prix de Paris for $574,068. 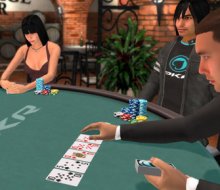 Also during MIT’s IAP, a course unrelated to Ma’s, one on creating poker bots, will being held. Consisting of a handful of lectures, it is actually a competition to see who can produce the most successful automated poker program. There are currently 50 teams of anywhere from one to four players furiously coding away and readying their bots for the February 1st final tournament.

A minimum of $30,000 in prize money will be there for the taking, put up by a number of sponsors including Jump Trading, a financial trading firm that develops algorithms to execute trades. Students can earn course credit by either defeating several “reference players” with their bots or writing a paper.

The idea of one of the top universities in the world actively encouraging and assisting with the building of poker bots is understandably a touchy subject in the poker community. The initial reaction has been negative and has included comments on TwoPlusTwo such as the following:

“And thus MIT will ruin online poker for everyone.”

“Wow – these guys will be able to make the most sophisticated bots. Poker is screwed.”

“Obv real bad for the games and poor timing for such a bad look too with the pending legislation.”

Michael Gentile, Editor of PokerFuse and writer of an article that initially brought these courses to the poker community’s attention, shared his thoughts, telling PocketFives, “It is encouraging to see poker receiving recognition and respect in academic circles; however, I would like to see MIT mitigate the risk to our industry that can be perpetuated by teaching botting skills.”

Gentile recommended, “Perhaps providing all code generated in the poker bot competition to an independent third party watchdog group that can use that information to combat the spread of unethical botting in online poker would be a solution. A bot detecting competition could yield interesting results as well.” 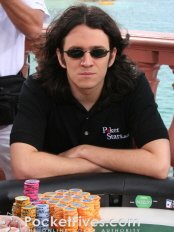 Poker pro Isaac Haxton (pictured) has attempted to alleviate people’s fears, writing on TwoPlusTwo about a poker class he took at Brown University: “At the beginning of the class, we were all talking about writing bots, but no one wrote anything even close to a full-scale bot. I was the only one who even tried and I failed spectacularly. Writing a program from scratch that handles basic poker decision-making in a reasonable way is months of full-time work. Writing one that interfaces with existing sites, HEM, TableRatings, etc. and can actually beat games bigger than micro-stakes is probably years of work for a team of people.

“This is not cause for concern.”

What do you think? Will classes on poker bots have any effect on the game or its future? Post your feedback here.