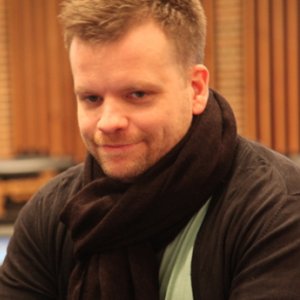 On the final weekend of April, Denmark’s Skrigepas(pictured) was part of a three-way chop of the PokerStars Sunday 500and bagged $44,000. He officially finished in third place, while fellow PocketFiver micide took the tournament down for $13,000 more. It was Skrigepas’ ninth largest online tournament cash to date.

The story of the chop is pretty interesting. In fact, Skrigepas almost busted in fourth place and would have taken home just $26,000. He explained, “With four people left, the guy who finished fourth and I were far behind the two other guys in chips, so it became a big ICM spot for us. He busted out in a flip and I was left with only a few big blinds. Then, I managed to double up three times in a row and, with all of us being regulars, with agreed to an ICM chop and played for $6,000.”

He added, “I was pretty much out in third no matter what, so the important thing was to outlast the guy in fourth place. Everything after that was just a bonus.”

As far as the money goes, he’s allocating it for the ongoing SCOOPseries, telling us, “I have surely managed to make my PokerStars account ready for SCOOP. Now the hope is that the money is still there at the end of May!”

Also in April, Skrigepas finished third in the Thursday Thrill for $30,000 and won an iPOPS event on Cinco de Mayo for $19,000. He took third in the Super Tuesday late last year and said, “After the Super Tuesday score, I had a long dry spell, so April sure felt great, with scores all over it seems, so I am definitely not complaining.”

One place you won’t see Skrigepas is at the World Series of Poker, which starts in two weeks from the Rio in Las Vegas. Instead, he’ll be at home with his three-year-old, saying, “Summer with a three-year-old kid beats the WSOP for me by far.” 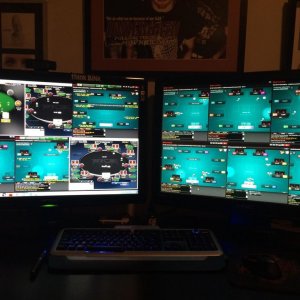 So what does a three-year-old think of a father who has $3 million in online tournament scores? “He’s not old enough to completely understand it yet,” Skrigepas said. “He enjoys that I work from home, as do I. It’s great to have the ability to decide for yourself when you want to work and when you want to spent time with family. Many people see family and playing tournament poker for a living as two things you can’t unite, but that’s definitely not the case for us. We take the positive things about it and focus on those. Kuddos to my wifefor that.”

The Dane got started in poker in 2005 playing freerolls. “I got lucky to talk poker with a few good Danish cash game players,” he said, “and within a year I was playing $5/$10 NLHE for a living. In 2012, I changed to tournaments after being away from the game for six months. Ever since then, it has just been tournaments.”

He is currently #37 worldwide in the PocketFives Online Poker Rankings, 18 spots off his all-time high set two years ago, and stands at #3 in Denmark. You can catch him under the user name PeNiNaCaNon PartyPoker.

He closed by sending a few shout outs: “I want to give some credit to RasAand the PokerStars user CMoosepower. I have been talking a lot of poker with those two lately. So, I want to give five minutes of fame to those two guys.”

Congrats to Skrigepas on his big Sunday 500 chop!