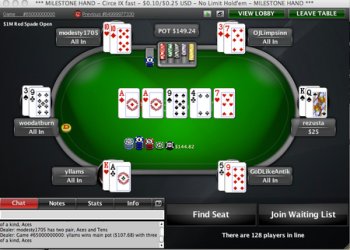 As the calendar turns from December to January, people around the world are filled with optimism. The new year is viewed as a clean slate, an opportunity to make the year the best one yet. Many of us stick to our resolutions for a while – eating healthy, quitting smoking, working harder, etc. – but as the weeks go on, it gets harder to stay committed and it’s back to the same old, same old.

If that were only the case for PokerStars. The world’s largest online poker room has started 2012 in reverse by frustrating the most vocal portion of its customer base, backtracking on planned changes, and losing players. The good news, however, is that things can only get better. Right?

The problems started just a few days before the end of 2011 when PokerStars announced that it was making changes to its VIP program and cash game rake effective New Year’s Day. The changes centered on how VIP Player Points (VPPs) are distributed in ring games.

For years, PokerStars had been using the Dealt method of VPP calculation, meaning that everyone who was dealt cards in a hand would receive an equal share of the total VPPs given to the table. On January 1st, it switched to the Weighted Contributed method, which distributes VPPs to players in proportion to how much money they put into the pot. For example, if a player contributes a total of $4 into a $16 pot, he would be allocated 25% of the VPPs for that hand.

Unlike in the Dealt method, where even players who fold pre-flop receive VPPs, anyone who folds before putting any money in the pot receives zero VPPs under the Weighted Contributed method. 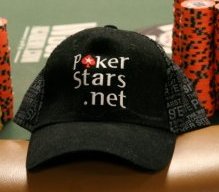 PokerStars’ decision, at its core, seems to make sense: reward those who give the most action. In a discussion on the TwoPlusTwo forums, poker room representative PokerStars Stevewrote, “The Dealt system has created in essence a sweet spot in our VIP system for players who play very tight. They are receiving a very high percentage of their rake back in rewards while playing in a style that many recreational opponents do not find entertaining or enjoyable to play against. The change to Weighted Contributed will more appropriately reward players based on the amount of rake they pay. It will also reduce the incentive to play a very tight style at the tables.”

The problem the poker community had with this is that the highest raking, most loyal players – the ones who reach the highest rungs of the VIP status ladder – tend to play tight, usually on many tables at once. As such, these players will lose out on loads of VPPs that they would have otherwise earned in the old system.

That problem is compounded by the fact that the higher VIP status a player has achieved, the more Frequent Player Points (FPPs) he will earn per VPP. Those FPPs can be redeemed for cash and tournament entries. PokerStars also gives out Milestone Cash Credits for hitting various VPP marks, marks that will now be harder to hit.

Players at the lower VIP levels will be rewarded more with the new system, according to PokerStars, as they are the ones who, on average, play looser and therefore contribute more to each pot.

The result of the VIP changes, and to a lesser extent the rake changes, was a massive uproar from serious cash game players. People were so incensed that a protest in the form of a sit-out was held January 1st at Noon server time. In the protest, players sat down at as many tables as possible and promptly sat out. The goal was to get protesters to clog the tables, preventing games from being held, and not only cost PokerStars money, but also get the poker room’s attention. PokerStars struck back in a hurry, almost immediately booting protesters off the tables and restricting them to a seat in a single game.

The protest did grab PokerStars’ attention, though, even before it started. Because of the outrage and heated debate, PokerStars decided to hold off on the rake changes until further discussion could be had, although it still went ahead and made the switch to Weighted Contributed. Additionally, a meeting is being organized between PokerStars and a few select players at the site’s offices in the Isle of Man to go over all of the issues. 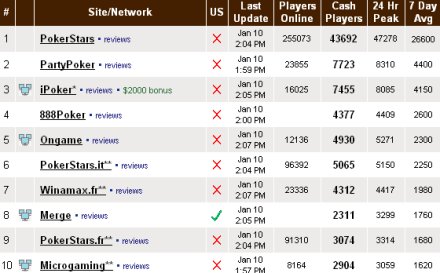 In the meantime, it appears that PokerStars’ cash game traffic has suffered as the result of VIP changes and the ensuing hubbub. According to PokerScout, PokerStars.fr was the only poker site to see its cash game traffic decline during the first week of January, losing 10%. The mother site, PokerStars.com, gained 5%, but that is still well behind the rest of the top ten. You can check out the top 10 sites worldwide in terms of cash game traffic in the adjacent chart.

By comparison, French competitors PartyPoker.fr and Winamax each gained 10% or more. Winamax is now the top ranking French-facing site, with a seven-day average of 300 more cash game players than PokerStars.fr. Year-over-year, PokerStars.com has seen an 18% decline in its cash game traffic, although some of that can likely be attributed to the loss of U.S. customers after Black Friday.