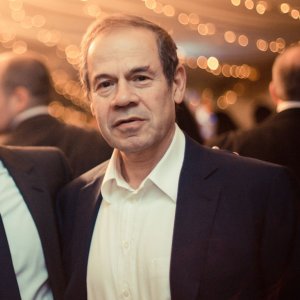 Now that the sale of the Rational Group, the parent company of PokerStarsand Full Tilt Poker, to Amaya Gaming has been announced, several in the industry have begun speculating about the future of PokerStars founder Isai Scheinberg (pictured, image courtesy Bloomberg) The Canadian and Israeli in his mid-60s was one of 11 individuals indicted on Black Friday, but has yet to turn himself into US authorities or settle in any way. Scheinberg has denied all charges and when PokerStars settled with the Department of Justice in July 2012, the company admitted no wrongdoing.

In an e-mail sent to members on Friday, the Poker Players Alliance, the main lobbying voice for poker players on Capitol Hill in the US, asserted that Scheinberg settling with American authorities would help turn the page on Black Friday.

PPA Executive Director John Pappas wrote in the e-mail, “The players have asked and the media has speculated whether yesterday’s acquisition would accelerate resolution of Isai Scheinberg’s outstanding issues with the US Department of Justice. I certainly hope there is swift resolution of these matters. It is important for the poker community to close the Black Friday chapter and move forward. An agreement between Mr. Scheinberg and the DOJ would help do that.”

The sale was worth $4.9 billion and is expected to close in September. According to Bloomberg, Isai’s son, Mark Scheinberg (pictured below, image courtesy Bloomberg), owns 75% of the Rational Group and is in line for a major payday as a result of the acquisition. He is selling his shares and resigning. 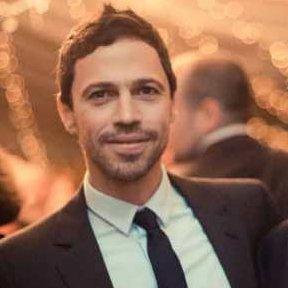 As Online Poker Report’s Chris Grove speculated, “Rumors that Isai Scheinberg is discussing a settlement with the DOJ have been swirling for months. This deal could represent a step in that direction, providing ready cash for a settlement and (arguably) a greater motivation for Isai Scheinberg to close the chapter completely. A deal would almost certainly come with an eight- or nine-figure fine attached. All parties involved are no doubt keen to reach a resolution, as none benefit at this point from the saga… dragging on.”

How much could Scheinberg’s fine actually be? Last June, Mark Scheinberg settled with the DOJ for $50 million“as full and final resolution of any and all claims by the United States,” according to the document outlining the agreement. In 2008, Anurag Dikshit, one of the founders of Party Gaming, forfeited $300 million and sold his Party Gaming shares in 2009.

Also in 2009, Party Gaming agreed to a non-prosecution agreementwith the DOJ and paid $105 million. PokerStars’ settlement with the DOJ, which involved acquiring its longtime rival Fill Tilt, weighed in at three-quarters of a billion dollars.

Scheinberg was charged on Black Friday with conspiracy to violate the UIGEA, violating the UIGEA, operating an illegal gambling business, conspiracy to commit bank fraud and wire fraud, and money laundering conspiracy. PokerStars Director of Payments Paul Tate was also indicted, but, like Scheinberg, has not surrendered to US authorities.