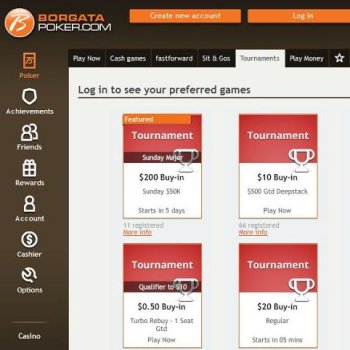 Throughout the day on Sunday, the key hands drew in some action, but overall, PokerScout noted that liquidity peaked at 500 cash game players. The 30 millionth hand saw the winner take a $10,000 prize, but according to PokerScout, “The players just didn’t seem to be very interested.”

Party/Borgata has been able to control the market for the most part, taking in 43% of the action in the state since the market’s launch last November. Caesars Entertainment’s WSOP.com has risen up to challenge Party/Borgata, holding 32% of the traffic. These two rooms are basically the “big dogs,” especially when the other rooms in the Garden State’s online poker industry are put in the picture.

The All American Poker Network (888 Poker) has been able to move into a solid third place in the market, taking a 23% share. Ultimate Poker, which is associated with Trump Taj Mahal, has seen its numbers fall to 1% of the market share.

The March numbers overall for New Jersey, one of two states that allow full intrastate online casino gaming, showed that while people might not be heading to the virtual poker rooms, they are taking advantage of the other gaming options. The outlets mentioned above were able to bring in $8.6 million in revenuefor the month, an increase over a $7.1 million win rate in February. Of that total, $3.2 million was generated by online poker, virtually the same as February’s numbers ($3.1 million), but slightly better than the PokerScout report’s projection of $3.08 million.

Breaking down the revenue in the online gaming scene, Party/Borgata was at the head of the pack with $4.4 million in overall online casino revenues and Caesars/888 pulled in $3.7 million. The Tropicana/Virgin venture was third in the market, pulling in $1.9 million overall, while Trump/Ultimate ($682,639), the Golden Nugget ($677,746) and Trump/Betfair ($509,556) rounded out the field.

In addition to running satellites for the World Poker Tour World Championship that begins next week, Party/Borgata will begin the New Jersey Championship of Online Poker (NJCOP) on April 19, guaranteeing $600,000 in prize pools over its 15-event schedule. There’s even a special NJCOP leaderboard for PocketFivers that you can opt into by clicking here.

Caesars is gearing up for the World Series of Poker at the end of May by offering satellites to the Main Event and $1,500 events. Check out WSOP.com for more details.

PokerScout’s Scouting Report is a daily newsletter for the online poker industry, with in-depth data and analysis of the market. More information can be found by clicking here or contacting support@pokerscout.com.